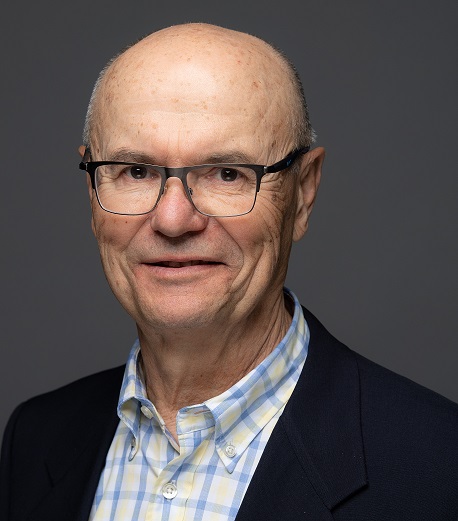 SecuritySpecifiers.com was established in 2010 by Ray Coulombe, a 30+ year
security industry veteran, to address the need for the physical security industry to more effectively engage with the specifier community.
Formerly, Ray was COO and co-founder of SyPixx Networks, acquired in 2006 by Cisco, and he has played a significant role in the development of several other early-stage companies in the industry. He sits on the PSA Security Network Education Advisory Board and TechSec Solutions Conference Advisory Board, and he writes and lectures extensively in the industry, including the Tech Trends column for Security Technology Executive.(STE), the STE A&E supplement, and Security Dealer & Integrator magazines. He chairs the SIA effort to update CSI MasterFormat Division 28; founded SIA's Standards sub-committee on SNMP; and served as a member of the Body of Knowledge committee for SIA's Certified Security Project Manager program. He has additional past experience with 3M, Emerson Electric Company, and the United States Air Force. He holds a BSEE from Cornell University, and Masters degrees in Management from MIT and Information Technology from Rensselaer Polytechnic Institute. His certifications include the CSI CDT, Cisco CCNA-Security, CCDA, and ETA ESNT. He belongs to ASIS, IEEE, and CSI.


Listed below are Industry Leaders who have graciously provided their time and advice to SecuritySpecifiers as Advisory Board members. 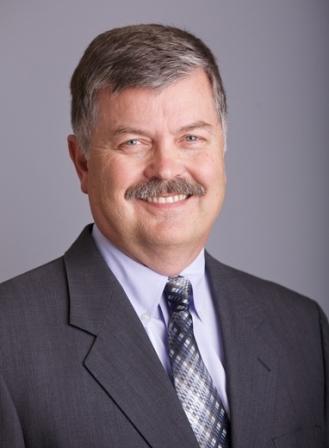 Phil Aronson is President and CEO of Aronson Security Group, known as one of the premier integrators of enterprise security solutions. Over the past 25+ years, Phil's vision for the future of the security industry has taken ASG from regional integrator to one of the top 25 security solution providers in the United States and he continues to lead the industry to new heights. Partnering with other industry leaders such as the Security Executive Council, PSA Network and Fortune 1000 Security executives, ASG is at the forefront of the next generation security movement with initiatives such as The Great Conversation, the ASG Security Summit & Expo and ASG's Professional Services Group. As ASG's presence grows worldwide, Phil's relentless insistence on best-in-class standards and persistent innovation is helping the security industry redefine the performance and value of security. 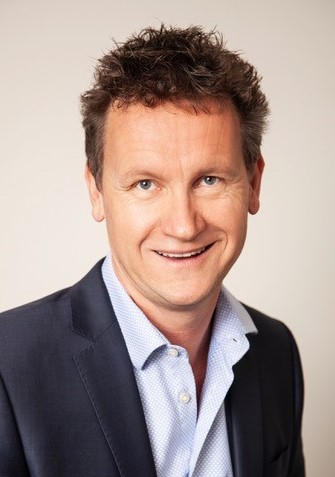 Scott is Founder and CEO of Securo Group, an Auckland, New Zealand-based firm offering fully independent video and networking consultancy solutions, along with a complementary range of managed services. The company's overwhelming focus is on the public safety sector. Prior to founding these companies Scott held leadership roles
at Cisco in New Zealand, Europe and the United States. As a senior sales engineer and product manager for Cisco’s CCTV business unit Scott worked extensively with public safety and service providers to design and deliver complex network and security solutions. Early in his career, Scott earned CIsco's prestigious CCIE certification, attesting to his outstanding technical capability. 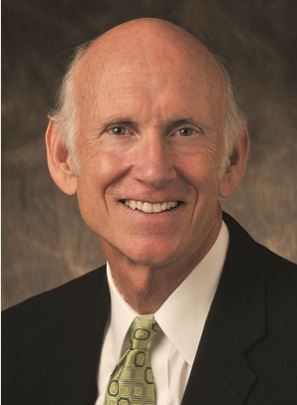 Bill Bozeman, President and CEO at PSA Security Network, has nearly 35 years of experience in the security systems integration business and a successful track record in both corporate and entrepreneurial environments. He has had ownership over that period in Delta Audio - Visual Security, Dictograph Alarm Systems, Tri Parish Security, Delta Countermeasures (TSCM), and Integrator Support LLC. Bill is a member of the Security Integration Hall of Fame, a lifetime achievement award that recognizes those individuals whose distinguished careers have helped shape the electronic security industry. Bill was recognized as one of the 25 Most Influential Security Executives and received the Paul Marcus award, presented to individuals that provide consistent leadership and direction to the PSA Security Network. In 2013, Bill received the George Lippert memorial award, recognizing outstanding contributions to the Security Industry Association (SIA). Bill currently serves on the board of directors for Integrator Support, Northland Controls and SureView Systems. He also serves on the advisory board of Security Systems News and Security Sales and Integration. 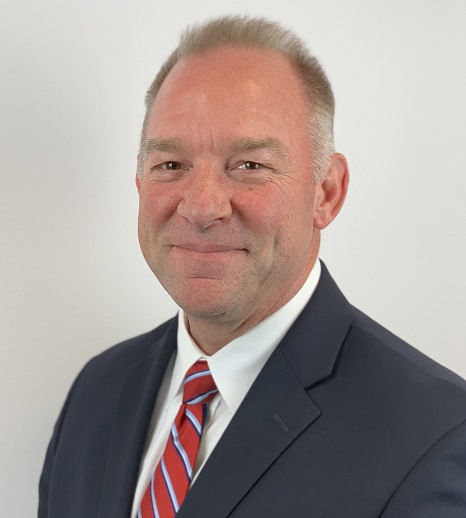 Jerry Blanchard has led Risk Management Associates, Inc (dba Protus3) as Chairman and CEO since 2012. Protus3 is headquartered in Raleigh, North Carolina and specializes in physical security consultancy. Jerry has been in the security industry for thirty-one years since his departure from the military. Following his military service and while working in corporate security for Northern Telecom, Jerry managed the corporate security operations and security systems network in the Research Triangle Park. Jerry then had the opportunity to become the first Loss Prevention Manager for Crown Crafts, a medium sized textile company. Finally, having set up a successful security program at Crown Crafts, Jerry made the move twenty-five years ago to Protus3 where he continues to enjoy the opportunities to work with many great organizations. 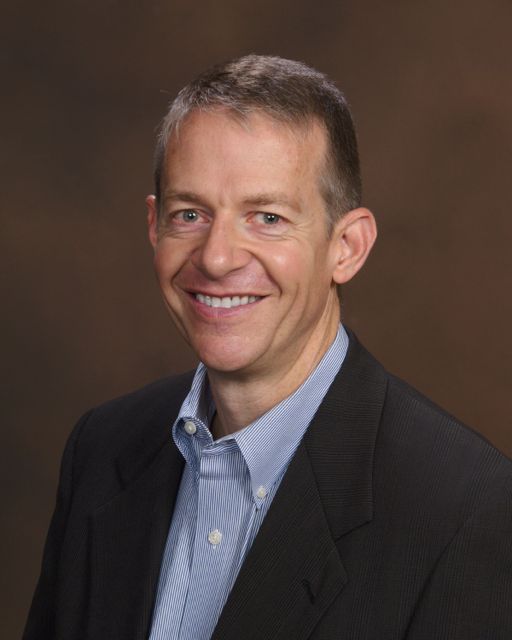 Benjamin Butchko is the President/CEO of Butchko, Inc. Ben is an accomplished strategic planner and senior security engineer in the field of risk analysis, threat assessment, security consulting, system design, and project planning for national and international projects. He develops Security Master Plans and deploys solutions for enterprise projects in petrochemical, industrial, medical, corporate, and science research industries. He is a regular presenter on security assessment, strategic planning, design, and deployment. 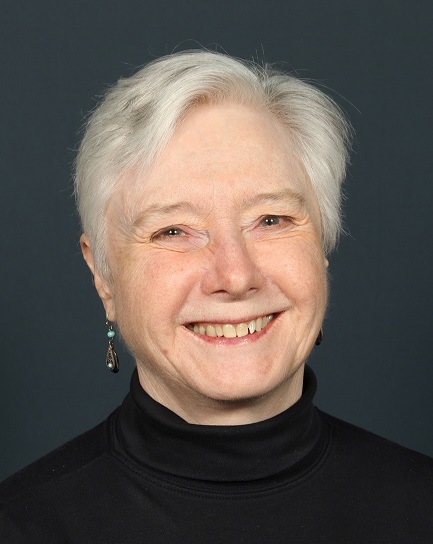 Lorna Chandler is CEO of Security By Design, Inc., a security consulting firm whose services include vulnerability analyses, feasibility studies, training programs, and designs for the integration of systems for physical security, fire, and data center failure mode monitoring. Lorna spent thirteen years with Chevron Corporation where she gained experience in the design and specification of software, quality assurance, control procedures, and physical security issues in the areas of credit, accounting, lock-box banking, credit card processing, data processing and public relations. Lorna holds a Bachelor of Arts in Mathematics, University of California, Irvine and has been active within the security industry since 1974, earning the CPP certification in 1986. 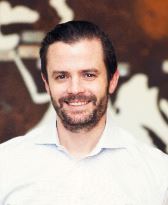 Brian P. Coulombe, is a Principal and Director of Operations at DVS Security, a division of Ross and Baruzzini. Brian is a licensed Professional Engineer and holds an MBA from Yale University and a B.S. in Electrical Engineering from Lehigh University. Having joined DVS in 2006 as an engineer and project manager, Brian has managed numerous security engineering and design projects, including the World Trade Center (NY), Independence National Park, the Federal Reserve Bank of Boston, and Princeton University Firestone Library. Prior to DVS, Brian worked as a project engineer for TransCore ITS, deploying intelligent transportation and network-based communication systems. 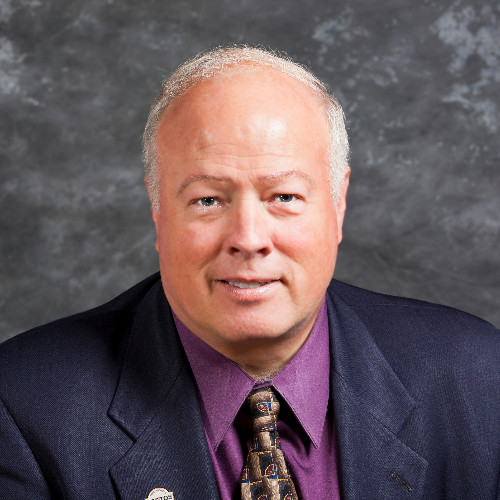 James E. Henry was formerly Executive Vice President of Corporate Development at Securitas Electronic Security. From November, 2001 through December 15, 2010, Jim was Chairman and CEO of Henry Brothers Electronics (HBE), founded as an electronic repair shop in 1950, where Jim first worked as an installer, and, then as a systems engineer and designer. After a sale and repurchase, Jim took HBE public in 2001 and expanded the company footprint, with national scope and offices in seven states, as well as three subsidiaries.. In December 15, 2010 HBE merged with Kratos Defense and Security Solutions and subsequently sold in 2018 to Securitas Electronic Security. 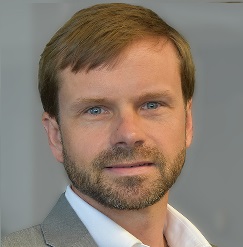 Geoff Kohl is the senior director of marketing for the Security Industry Association (SIA). As senior director of marketing, Kohl is responsible for delivering strategic marketing direction to expand the awareness of SIA and its product and service offerings, and he serves as the manager of the Securing New Ground conference. Kohl entered the security industry in 2004 to launch SecurityInfoWatch.com as its founding editor-in-chief and associate publisher and went on to serve as editorial director of Cygnus Security Group, then publisher of SecurityInfoWatch.com, Security Dealer & Integrator magazine and Security Technology Executive magazine. In 2011 he founded the Secured Cities conference. He holds a Master’s degree in Journalism from the University of Mississippi and Bachelor’s degrees in English and Philosophy from the University of the South.

Min Kyriannis is the cybersecurity & technology business lead for Jaros, Baum & Bolles (JB&B). Her previous role at JB&B was to establish a cybersecurity program which developed solutions to include cybersecurity in all building design. She is currently focused on promoting cybersecurity, security and technology as an integral part of all building technology systems as well as collaborating and developing relationships with key members to ensure systems are designed with security in mind. Min has 25+ years in converged, global, information technology, cybersecurity, physical security, and risk management across the United States, Europe, Middle East, and Asia. She has spoken extensively on cybersecurity and its inclusion in the early stages of building system designs. Min serves as Co-President of Women in International Security NY Chapter (WIIS-NY), Chair of Security Industry Association’s (SIA) Cybersecurity Advisory Board, and Vice Chair of SIA’s New Product Showcase (NPS). 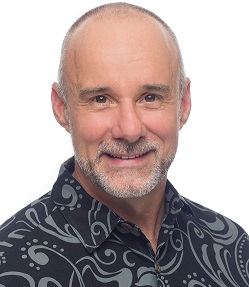 Andrew is Co-Founder of Integrated Security Technologies, established in 1998 in Honolulu. He served as a missile weapons technician in the United States Navy and earned a combat action ribbon during Persian Gulf Operation Praying Mantis. Andrew serves on the Board of Directors and as the Defense Industrial Base Sector Chief for the FBI’s InfraGard Hawaii Members Alliance, on the Board of Directors for the National Defense Industry Association Hawaii Chapter, and as the Hawaii ambassador for the National System Contractors Association’s (NSCA) Ignite program. He is a graduate of the Honolulu FBI Citizens Academy, an active member of the Federal Law Enforcement Foundation, and the host of Security Matters, a community-based weekly webcast. Nationally, Andrew serves the security industry through membership on PSA Security Network’s Cyber Security Committee, the Security Industry Association’s (SIA) Cybersecurity Advisory Council, and the SIA Women in Security Forum steering committee. In 2019 Andrew was honored to receive the PSA Security Network President’s Paul Marcus Award for industry leadership as well as SIA’s Jay Hauhn Award for industry partnership. 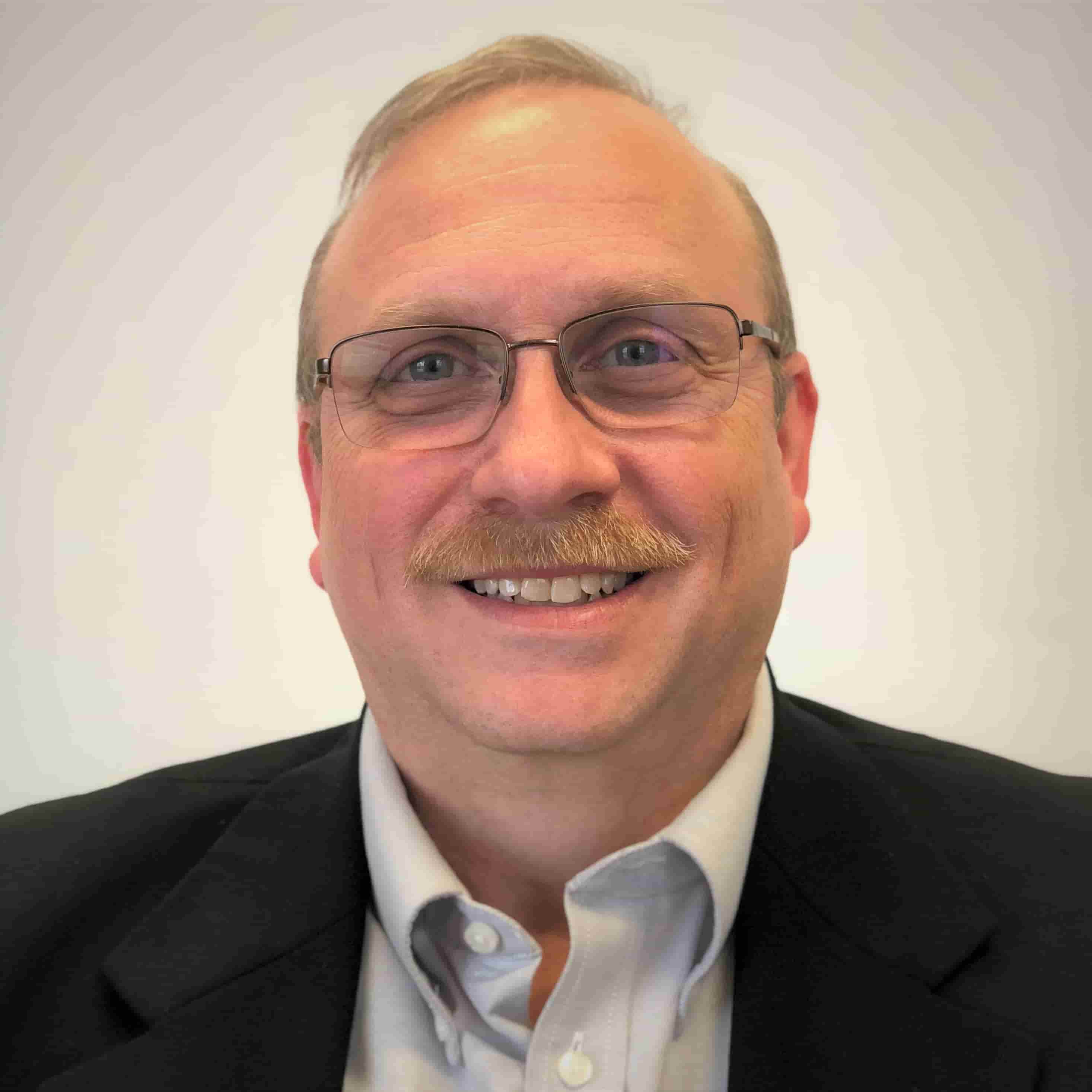 Charles LeBlanc is an Associate Principal and Project Executive at IMEG Security Group and was a principal with BLW Security Group prior to merging with IMEG in 2018. IMEG is a full service engineering firm and the IMEG Security Group specializes in physical security consulting, planning, and design services. Charles is a licensed Professional Engineer with a B.S in Electrical Engineering from Texas A&M University and a specialist in assessing security system features and integrating those features with facility operations. He has developed and deployed successful and innovative solutions for new and retrofit projects in many industries including medical, energy, financial, corporate, education, lab, and research. 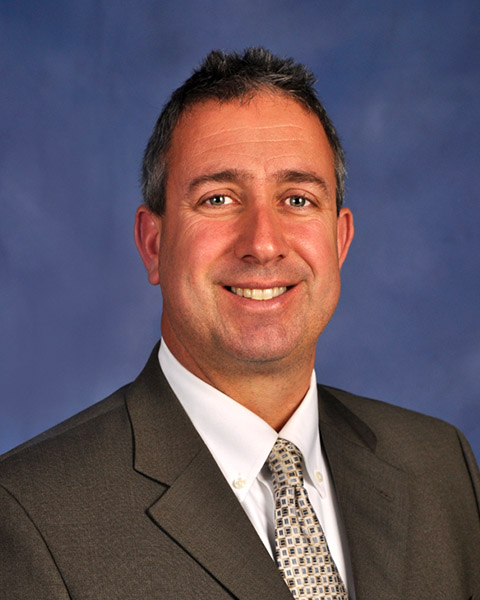 Frank Pisciotta is the Founder and President of Business Protection Specialists, Inc. (BPS). BPS is an independent security consulting firm providing clients with an array of security consulting services to help organizations prevent crime and keep their people, assets and information safe. Frank is an expert in physical security assessments and is versed in multiple risk assessment methodologies, security system design and security program development. Frank was board certified in Security Management as a Certified Protection Professional (CPP) by ASIS International in 1994 and is currently a Certified Security Consultant (CSC), through the International Association of Professional Security Consultants (IAPSC). Frank is the immediate Past President of IAPSC and the leader of the Technical Standards Committee. He is on the ASIS International Risk Assessment Standards Technical Committee and on the Agriculture and Food Defense Council. He has managed over 3,500 domestic and international consulting engagements.